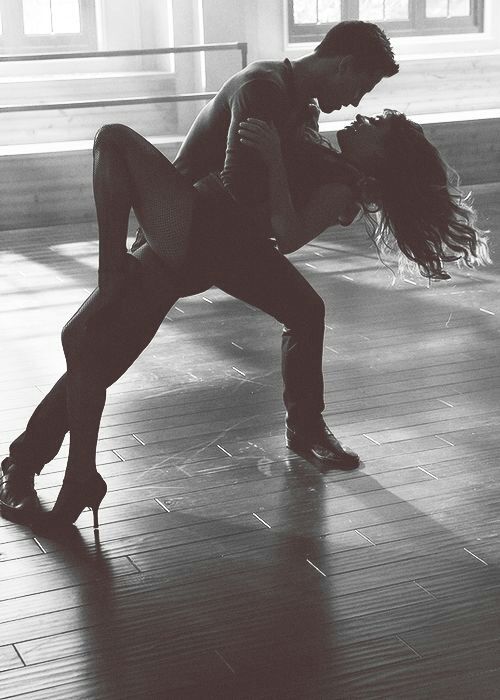 “No, I won’t, you know very well that we don’t even like to see each other.”

Mr. Mark looks at James, he knows that James and Laura don’t like each other. But he decided to make them a team and dance for the competition.

“James, this is my final decision, no more discussion.”

Mr. Mark walked to his desk and organizes his files. James walks closer to him.

He stopped James and looked at him.

“I said no more discussion, this is the final decision and you have to deal with it, you both are the most valuable dancers in the academy, deal with it, is that clear?”

“Yes, sir.” James went out from Mr. Mark’s office, on his way he saw Laura, she was practicing, he got in and turned off the music.

Laura looked at him, her face turned red.

“Oh, but he always listens from you.”

“What! No, he doesn’t. he said it’s his final decision, so we need to deal with it, we have to win this competition.”

He walks closer to her, she’s stepping back, until she hit the mirror, he’s so close to her;

“Listen to me, Laura, this will be the last dance for us and we have to make it perfect, I’ll not lose my reputation because of you.”

She looked at him with angry eyes.

“James, I’ll not lose even if I have to deal with you, don’t threaten me again, ever never, did you hear me!”

He left her and walked away, she took off her shoes and threw it on him, it hit his head and his back.

She laughed at him and he looked at her, he tried to hide his smile, so he went out from the dancing room.

On the next day;

“James, you and Laura will go to Alabama, there’s a dance teacher there, he’s one of the best, you’ll go and stay with him for a month.”

The glass fell on the floor from James’ hand, he stood up and walked with his phone;

“What? but sir, I agreed to dance with her, but to be with her alone for a month?? No, impossible.”

“Are you both kids?”

“So, what sir? we will kill each other.”

“Stop it, James, you’ll go and both of you won’t be alone, the teacher will be with you and I need you to go there and live a simple life to be able to dance well, it’ll affect you in a good way. Bye James, your tickets will be ready tomorrow come and get it.”

James hung up and threw his phone on the couch and cursed his luck.

They went to Alabama, they met the teacher at the airport.

“Hello, sir.” Both greeted him at the same time.

Mr. Henry realized they both are the best dancers and together there’s a chemistry between them, they didn’t realize it yet.

So he decided to take them for fishing.

They went to a beautiful place to fishing.

“This place is so beautiful, Mr. Henry.”

He smiles at her,

“I got you both here to teach you fishing, they say that fishing teaches you how to be patient and I want you both to learn it.”

James looked at him;

They all sat and left their hook and waited, no talks, no sounds but the nature around them, Henry sat between Laura and James, He realized that sometimes James looks at Laura and sometimes Laure looks at James.

He got up and left them for a while;

“Why we are fighting always?”

“No, this is what we say to convince each other, there must be another reason.”

He nodded and looked at her.

She got up and sat on the chair beside him;

He looked at her.

“Why are we fighting?”

“No, you know very well why James. Tell me.”

He took a deep breath and stood up, He walked away and gave her his back and didn’t say anything.

She stood up too and walked toward him, grabbed his hand and made him look at her.

“I asked why James? Answer me, now at this moment!”

He grabbed her hands and pulled her closer;

“Because I love you and you never looked at me, you always been the princess and every man runs after you and you’re a selfish little girl, just loves herself.”

She didn’t say anything, her eyes were wide opened and looking at him, shocked from his truth, from the words he said.

He pushed her away, left her alone and walked away. Henry heard it all and knew the reason behind their fights, both love each other but never admit it.

Days go and come, they don’t talk to each other, just practicing, Henry tried to make them talk, he had an idea to make them go for a walk around the town and go to the festival.

They did as he asked them and went for a walk, but still didn’t talk, then in the night they went to the festival, the carnival, Laura saw the candy shop, she loves the cotton candy, she held James’ hand and ran to the shop.

He tried to stop smiling, she was like a little girl, but he smiled at her and brought her the cotton candy, they talked and played.

They went back to Calfornia and the day of the combination came, they are ready to get in and dance, Mr. Henry and Mr. Mark are there with them, their friends and families are there.

Everyone waits for them to win this last dance.

The dance finished and the music stopped, they won the prize. When James left and went to his car, Laura ran to him, cries out;

“What now Laura, this was our last dance, we won’t meet again.”

He looked at her, she couldn’t complete.

“Yes, you’re crazy and I can’t, I love you so much, I love our fights and our dance.”

“So, this means this dance is not the last?”

“No, the last, but the last between two don’t like each other.”

“And the first between two love each other.”

He hugged her and she hugged him back, smiling and embracing their love.